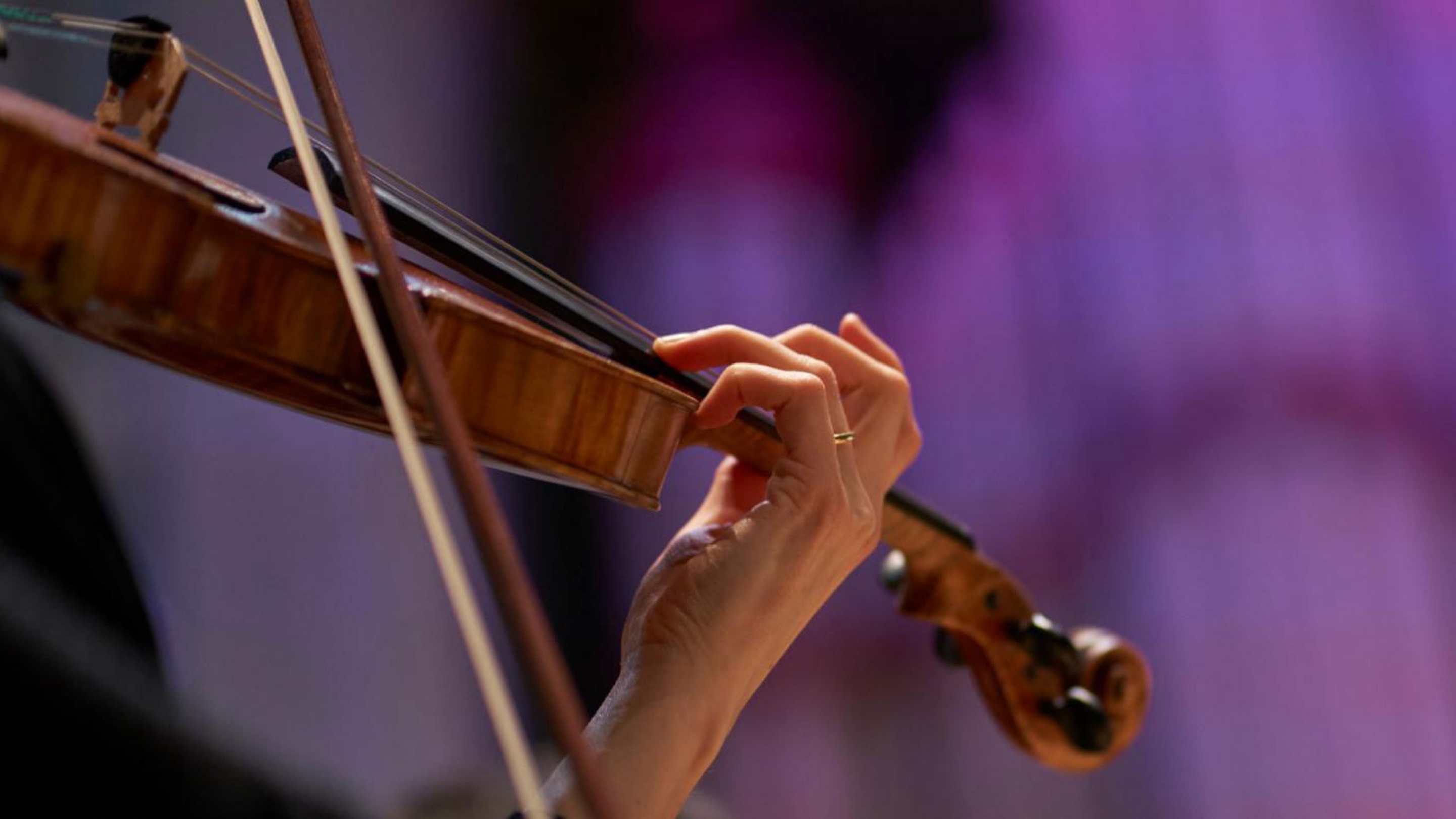 Towards the end of October 2020 Opera North announced their carefully crafted Autumn season.

A mix of socially distanced, small-scale and digital work would allow them to deliver a full season of work across the north of England within Covid-secure guidelines.

And then, on Saturday 31st October, the second lockdown in England was announced, theatres had to close (again), and all that planning ran into the brick wall of 2020 once more.

Come the following Monday (at 11:58 since you ask) I received an email from Opera North's Director of External Affairs, David Collins:

"In response to Saturday, we are now considering what of our planned live activity can be delivered digitally, as livestreams behind a paywall in November and December.

Is there any chance you have time for a quick conversation as could do with your advice."

Opera North were determined not to let the lockdown restrictions derail all their preparation and hard work for a second time.

Two of their productions which had been due to perform to live audiences were already in rehearsal (Seven Deadly Sins and Fidelio).

Having trialled live streaming a couple of times earlier in 2020 the company felt confident that they could use this approach so that audiences could still experience this work.

The only real problem was that the first performance of Seven Deadly Sins was on Saturday 21st November. Less than 3 weeks away…

Another challenge was that, due to rights negotiations, this live stream needed to be revenue generating rather than free to view or pay-as-you-feel.  This was not something that Opera North had ever done with their digital activity before, and necessitated a different approach.

Fast forward 3 weeks and after over 2,500 people watched the Seven Deadly Sins livestream and subsequent ON Demand video (which was available for 48 hours after the initial performance) we thought we’d take a moment to reflect on the challenges a project like this presents, what we learnt, and how this project has performed.

What product to use?

There are numerous video platforms that exist, lots of them allow you to charge for content. However none of them integrate with the ticketing and CRM systems most commonly used by arts organisations.

In the case of Opera North that CRM system is Spektrix, which is where they hold all of their customer data, they didn’t particularly want their audience members to have to create a whole new account and remember yet another set of login details to be able to access any digital content.

They also wanted to be able to grant free access to audiences who had originally purchased a ticket for the (now postponed) live performances, as well as Patrons who had continued to support the company throughout 2020 and to local community groups, press, and others.

Fortunately our [showcase] product ticked all of those boxes, and after a successful launch a few weeks prior to receiving David’s email (with our pals at MCC Theater in New York), we knew we had a working solution we could look to deploy to meet Opera North’s needs.

If not Vimeo or YouTube then what? Build your own

Lots of organisations have turned to Vimeo to host and serve their video content this year.

Unfortunately Vimeo’s terms of service dictate that you cannot use Vimeo to host or serve your content if you are taking payment through a 3rd party service to grant access.

This was confirmed in no uncertain terms when we spoke to the team at Vimeo (this functionality is only available on their Enterprise and OTT plans which were going to cost the Opera North team far more than they had budgeted for).

These findings led to some significant research exploring potential alternatives to Vimeo or YouTube, none of which really seemed to fit the bill.

Indeed it became doubly clear that there were no affordable pre-existing solutions that allowed us to serve content and control access in the way we needed to.

So we built our own solution to host and serve the content (livestream and then on demand), that we are calling [showreel] and which we will be making available to other cultural organisations who may find themselves in a similar situation to Opera North (get in touch if this is something you’d like to hear more about: team@substrakt.com).

The attendee survey data from Opera North told us that most people viewed the performance on their laptop (27%), desktop computer (18%) or via an HDMI cable to their TV (24%). However there were people who casted to their TV (12%) and this is something that we’ll be focusing on making easier over the coming weeks.

You will reach new people

The beauty of digital is that it is boundary erasing, you open yourself up to audiences who might not want, or be able, to reach you if you were only doing physical performances.

The initial data that the Opera North team have access to indicates that 58% of bookers were new to Opera North with people tuning in from Australia, Canada, Finland, Germany, Greece, Ireland, Israel, Italy, Japan, Luxembourg, Netherlands, New Zealand, Sweden, Switzerland, United States as well as the UK.

UK bookers accounted for 93% of all bookers and again, were dispersed widely, coming from across the UK.

Encouragingly, survey data also indicated that for 6% of the viewers this was their first opera experience.

Your digital audience might not be who you think they are

This finding is echoed in the data released yesterday by the Insights Alliance, and Opera North's survey that indicated the audience for this digital activity skewed older, with 38% of respondents being in the 65-74 age bracket.

The realities of 2020 means that people have been encouraged (or forced) to use digital technology far more than they otherwise might have done, and as a result you are seeing an increasing level of comfort with this type of offer.

The survey data also reflects the Insights Alliance findings that people engaging with this type of experience are typically doing so fairly regularly, with 62% the Opera North respondents saying they have watched 4+ performances online this year.

Research elsewhere has highlighted that the sales pattern for digital events is very different to physical events. WIthout the need to plan an evening out and all the logistics that accompany it, customers can decide to book far later in the day than they normally would.

In practical terms this meant that over 45% of the tickets sold for the livestream were sold on the day of the performance on the 21st of November.

And of that 45% almost a third were sold in the hour leading up to the start of the livestream at 6pm.

It is something of a customer service challenge when you have a last minute surge like this, but if you are prepared for it it becomes more manageable.

Was it a success?

In short, it was. Opera North beat their ticket sales and ticket revenue targets by +154%, and their donations target by +687%.

"The infinitely creative team at Substrakt understood exactly what we needed and enabled us to successfully launch a new livestreaming and on demand platform which integrated with our existing CRM system, guiding us through the process with resourcefulness, technical ingenuity , patience and support every step of the way.” - Julia O’Sullivan, Head of Communications at Opera North

We already have a list of tweaks and improvements we are making to [showcase] and our [showreel] player.

It can’t be underestimated the pressure that doing something like this for the first time puts on your customer-facing staff. Having to field questions on a whole new range of topics, from WiFi strength through to how to cast to a TV through to the intricacies of users navigating a new system.

The Opera North team were fantastic throughout, calm and considered, we had daily standups in the lead up to the live stream and a dedicated channel on Slack where we could get information and provide timely updates from and to everyone on the Opera North project team.

And maybe I’ll leave the last word(s) to David, whose email kicked this whole thing off,

“...I’m still astounded by the time frame this was achieved in.”

If you’d like to hear more about anything we’ve mentioned here, or would you’d like to discuss your organisation’s livestreaming or content monetisation plans then please do get in touch: team@substrakt.com.